The Best Golf Courses In Spain 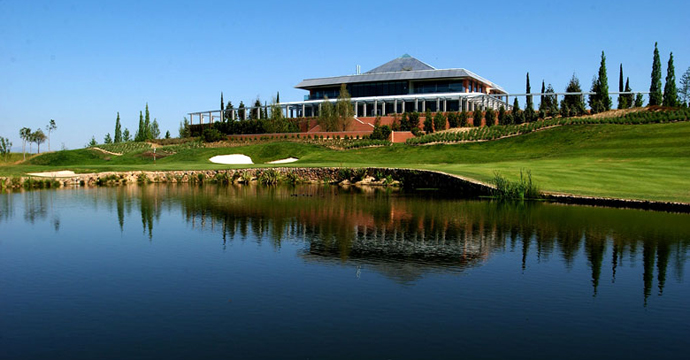 The Best Golf Courses In Spain

If you are planning your next golf holiday to Spain and you are looking to play highley ranked golf courses, then this blog is ideal for you, we have outlined the higest ranked five golf courses throughout Spain with a brief descritopn about them hoping to give you some inspiration when booking your next golf break.

With short cheap flights, good weather and cheap beer Spain has always been a top destination for a Golf Holiday. The great thing about Spain as a Golf Holiday destination is the many options it provides you, there are coastal courses, inland courses, Wide open American style courses, tight tree lined courses, you could come to Spain twice a year for 10 years to play golf and play different top-quality courses all over the country. You could also use Spain as a family holiday which incorporates your passion to play golf, so everyone wins!

I personally take my own clubs with me but for many that is too much hassle, In Spain they have club hire pretty much nailed with the ability to hire golf clubs the standard way at the golf course you are playing, you can also hire clubs from specialised golf club hire companies who will drop them clubs to where you are staying and then pick them up from you before you go home but the one that got me was there is also the opportunity to hire the most up to date equipment from the airport, Yes I said the airport! I was shocked on my first arrival into Malaga airport a few years ago to see a big Golf Shop in arrivals which even though is in the airport is very reasonable for both hiring equipment but for also purchasing balls.

The Majority of Golfers will know all about Valderrama and La Manga so below you will find what I believe to be some of the other best courses to play when on your Golf Holiday in Spain.

Northern Spain in the Girona area and not far from the popular coastal Lloret de Mar.

There are not enough words to describe this place, ranked as one of the best courses in mainland Europe I would say this is the best place to play golf in Spain. The Stadium Course at PGA Catalunya is so highly regarded it was put forward as Spain’s bid to host the 2022 Ryder Cup narrowly losing out to the Italian bid of Rome. A course built to rival the TPC sawgrass stadium course in America and you can see the similarities in abundance, long (With numerous tee’s making it playable), a lot of water with many longish carry’s, the greens are some of the best you’ll play and are very fast apparently at just over 12 on the stimpmeter.

A Golf Course built by Seve and Rees Jones in 2005 for the world-renowned Santander bank for its employee’s (now that is an employment perk, I could get on board with). The course split opinion somewhat in the early days but is now blossoming into a top-notch championship course, which is probably under used. A long course that measures over 7500 yards from the back tee’s but with plenty of teeing areas to make it playable for all levels. The course is maintained perfectly and the greens fast and true, I would be surprised not to see a high-level event staged here over the next few years.

A course built by Jose Maria Olazabal and you can really tell that it was done with great thought and attention to detail. Not many Golf Courses in Spain have been given Royal approval which should tell you everything really. Off the beaten track for the ‘usual’ Golf Holiday in Spain this place is a real gem and has been described as Ollie’s Spanish Augusta!

Real Sevilla has hosted many European Tour events most recently the Spanish Open won by Francesco Molinari in 2012.

There is usually a lot of water on Spanish Courses but there is an awful lot of forced carries here not only to the greens but also off some tee’s so stock up on balls beforehand.

Southern Spain – Between Marbella and Gibraltar.

5-star service from a 5-star Golf Club. The Golf Course that if any further south would be in Gibraltar is probably the favourite of the many Golf Courses in this area of Spain. The lush dark green Bermuda grass fairways are a delight to play from and with the distinct lack of property lining them provides a welcome change to the norm in this part of the world. The course has played host to many events and none come much bigger that the Wold Golf Championship that moved here from Wentworth in 2009 where Ross Fisher beat Anthony Kim, another English winner 2 years later when Ian Poulter defeated Luke Donald. Finca Cortesin is a real high-end Golf Resort to stay on a Golf Holiday in the Marbella region.

South East Spain – Close to Torrevieja and approximately 45 from Murcia.

A Golf Course which may seem a bit left field but trust me this place is the real deal. Las Colinas was opened to the public in 2010 so an extremely new course but you wouldn’t really know that due to how well the course has bedded into the landscape. Miguel Angel Jimenez designed the practice facilities here which include a short game area all located next to the first tee which is ideal – no body wants to walk 10 mins from practice facility to 1st tee do they? The Course itself has an American resort feel with the wide fairways, well positioned bunkers and raised greens that have severe run off areas but where this course does differ to many is that it is maintained to the highest standard as if it was just a member and guests’ course. Absolutely a must visit on a Spanish Golf Holiday to this area of Spain.