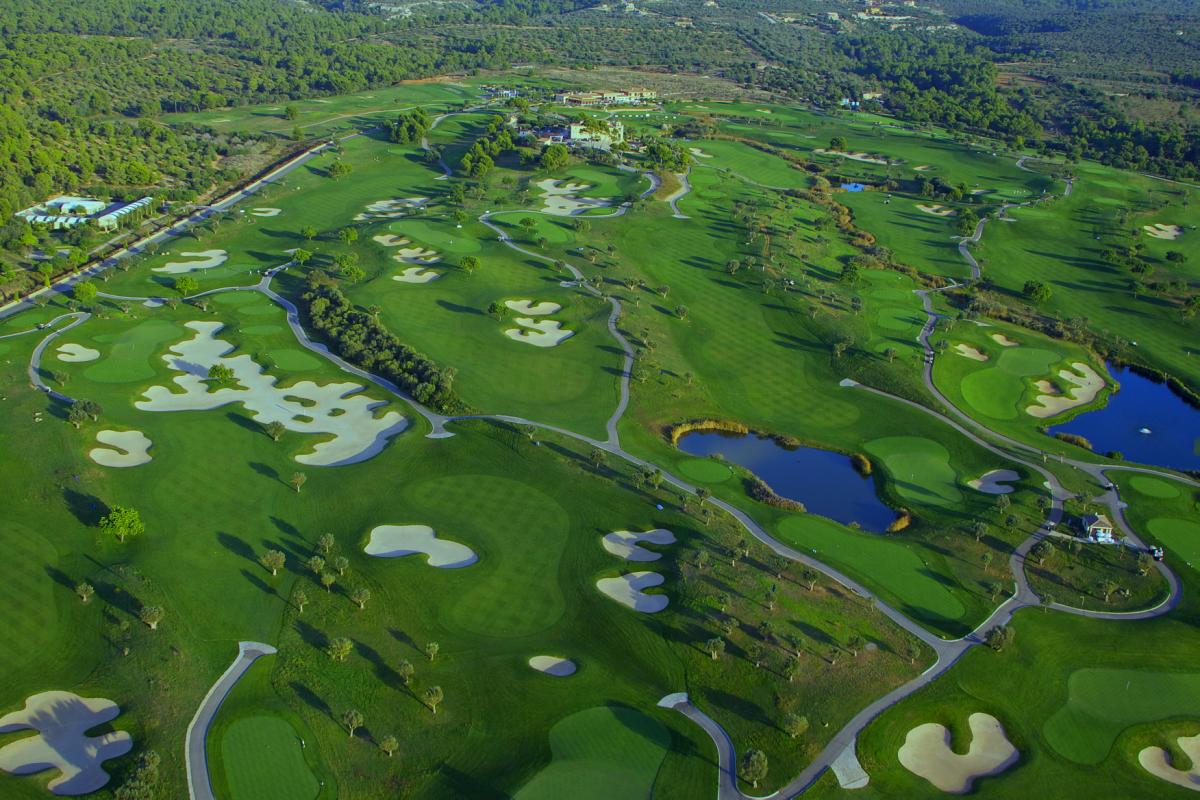 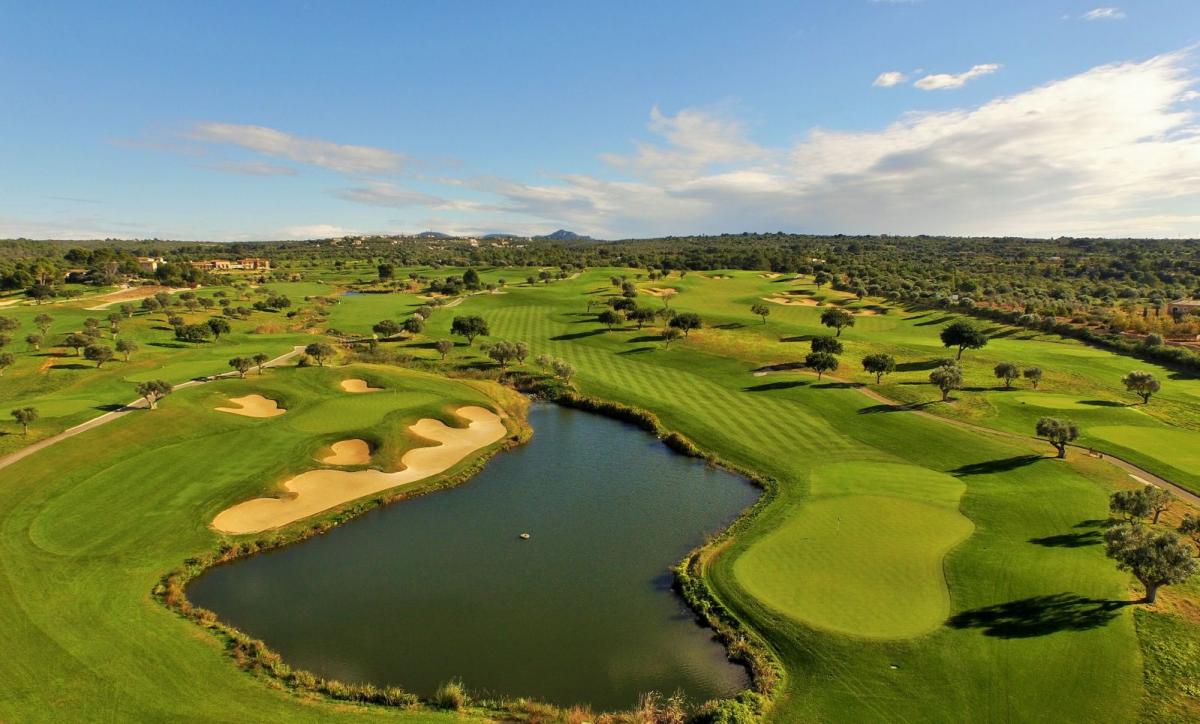 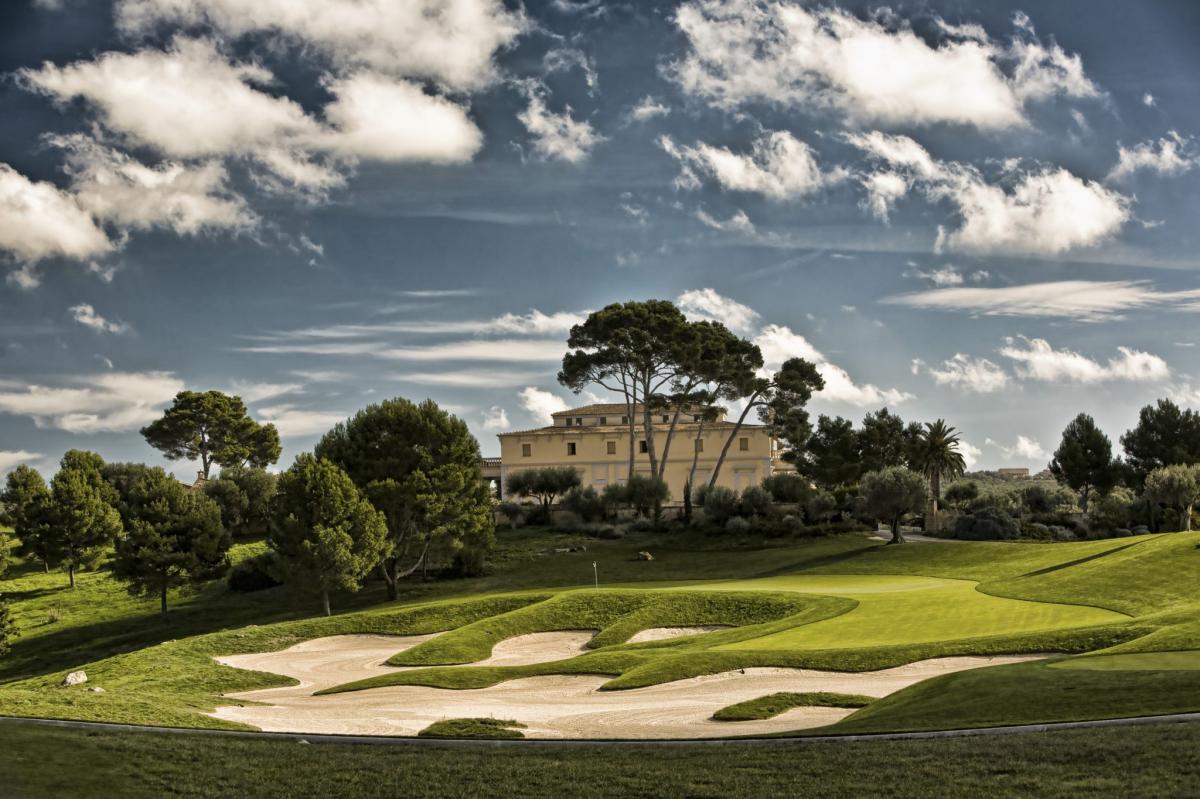 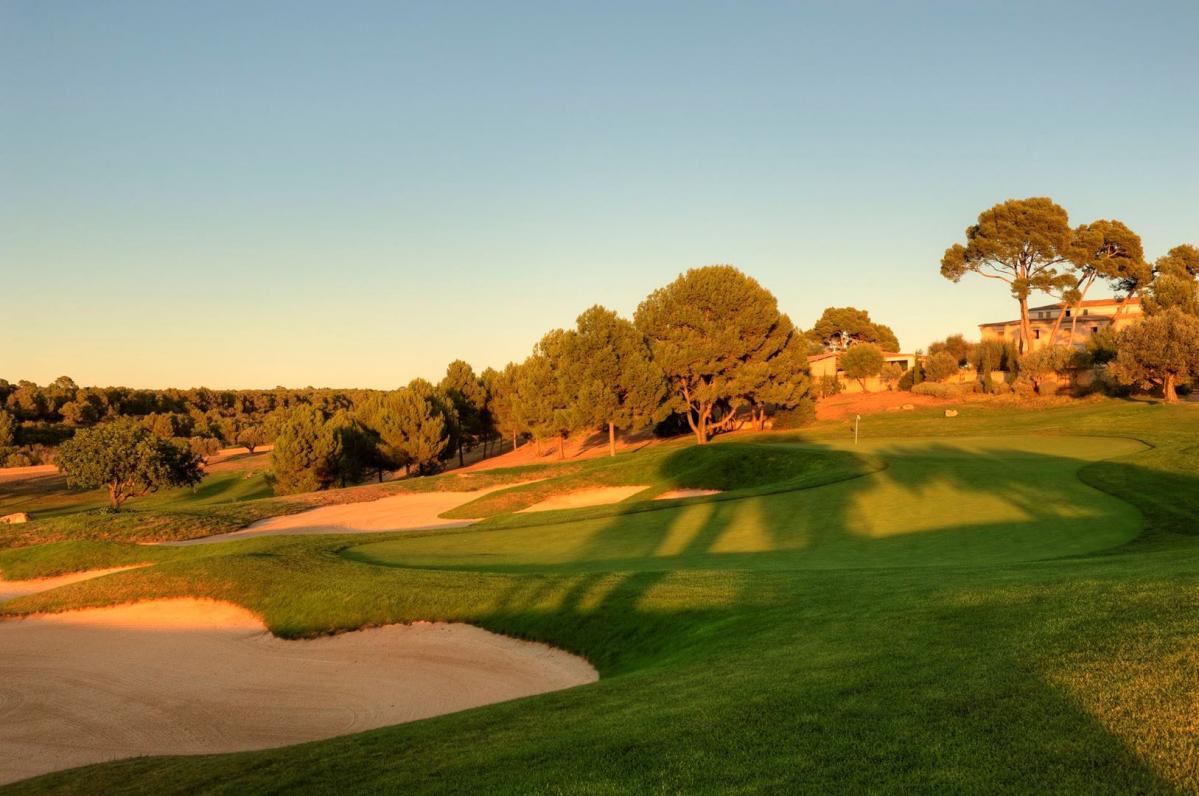 To be in an oasis of calm like Son Gual, less than 30 minutes after collecting your luggage at Palma airport amounts to pure golfing bliss.

What’s more, your appetite will have been whetted during your landing approach, as Son Gual, Mallorca’s number one golf destination, is clearly visible out of the left-side windows of the aircraft.

You will have seen one of Europe’s top courses. You’ll have glimpsed large lakes, 66 bunkers, 800 olive trees – some more than a thousand years old – wild flowers in the rough and vineyards in several areas around the course.

But you’ll need to stand on the clubhouse terrace, at least, to fully appreciate the beauty and sheer playability of this Thomas Himmel-designed masterpiece.

In ranking it as number 42 in Europe, Golf World also established the track as Spain’s eighth best and the top course in Mallorca, stating: “Mallorca’s No1 is the epitome of a high-calibre modern championship course.”

Son Gual – which celebrated its 10th anniversary in 2017 – possesses several outstanding holes which will linger long in the memory, including a closing hole described by one reviewer as a “serious contender for Europe’s best par-five and Spain’s most dramatic 18th”. High praise indeed.

And even some of the world’s best golfers have been known to eulogise. Former Ryder Cup captain Ian Woosnam said: “It’s a bit like Augusta. There are a lot of slopes on the greens. You’ve got to get the ball on the right side of the hole – if you don’t you’ll be struggling. Miss it on the wrong side and you’re dead.”

Just don’t be surprised if you bump into a famous face enjoying the clubhouse hospitality – Rafael Nadal is among many regular celebrity visitors.

Other Golf Courses in Spanish Islands

Abama Golf is part of the prestigious Ritz Carlton Abama Resort set on a cliff top location in Guia de Isora in the south of the island. Designed by the legendary Dave Thomas, the course has spectacu...

The golf course has wonderful views from every single hole and is suitable for all different standards of golfer. Tecina Golf La Gomera is one of the top ten golf courses in the whole of Spain. It is... 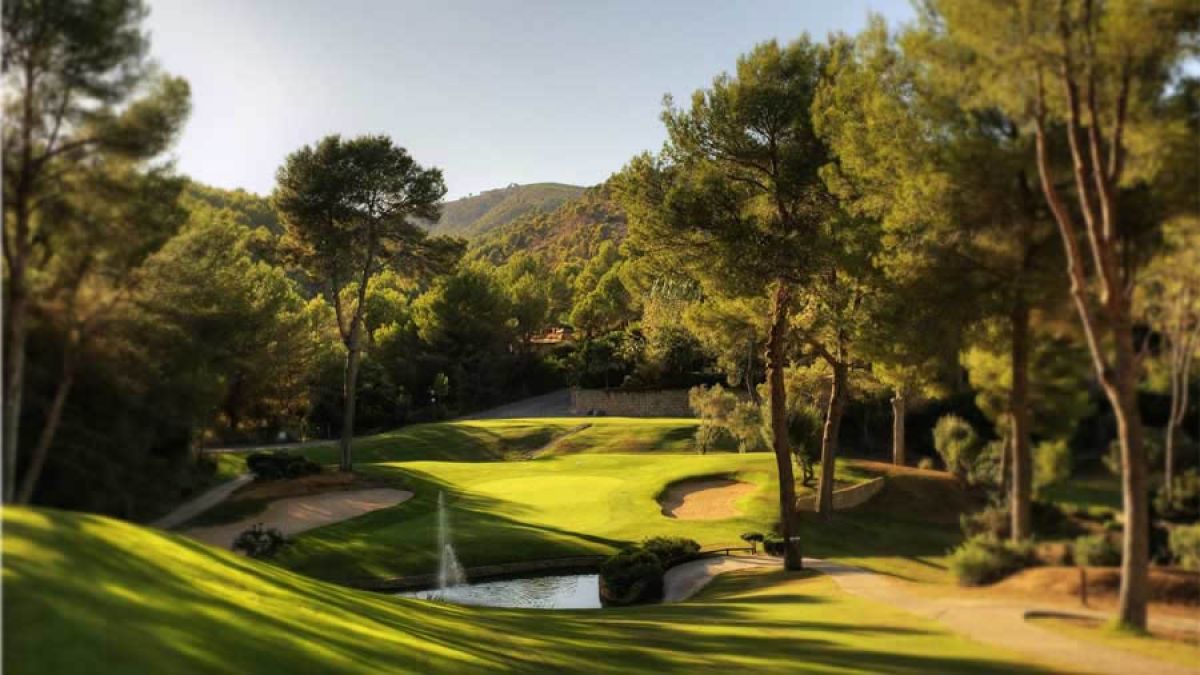 This is probably the most prestigious course in Mallorca as well as the oldest. The outward nine holes are hilly, with wonderful views over the bay of Palma, while the inward nine are flat with count... 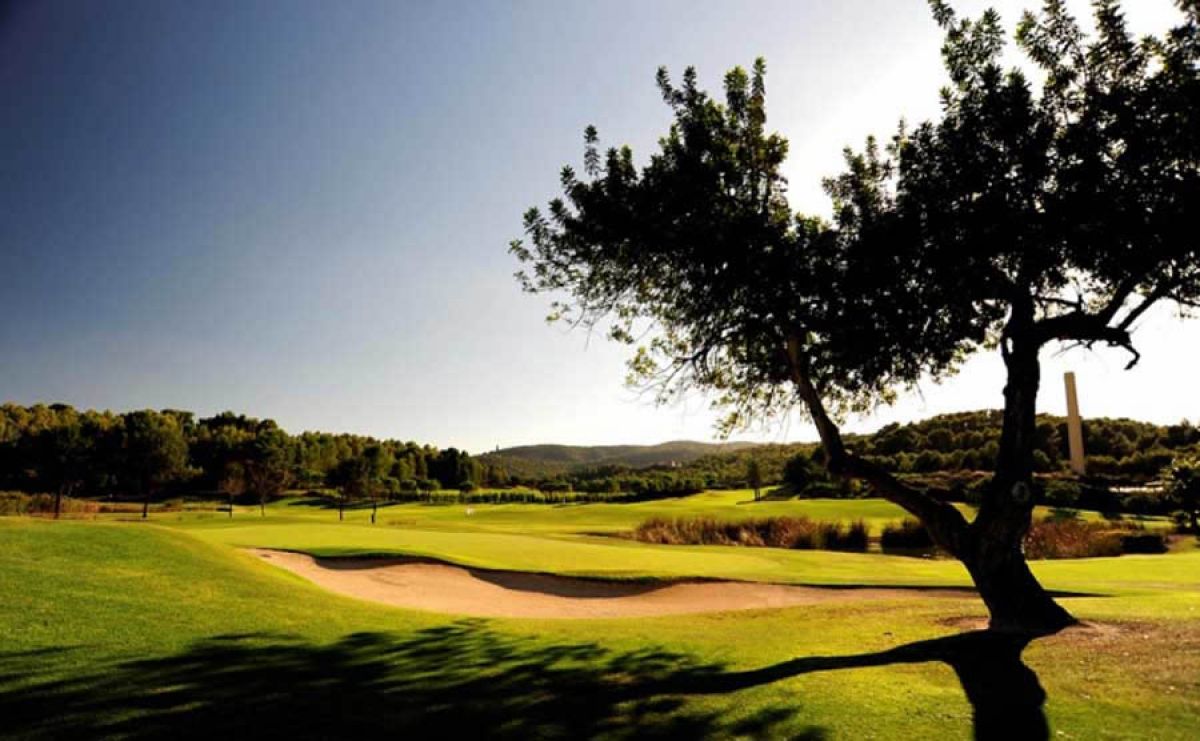 Set in rolling hills on the outskirts of Palma and surrounded by pine forests, the Arabella Golf complex consists of three courses: Son Muntaner, Son Vida and Son Quint. The Son Muntaner course is ch... 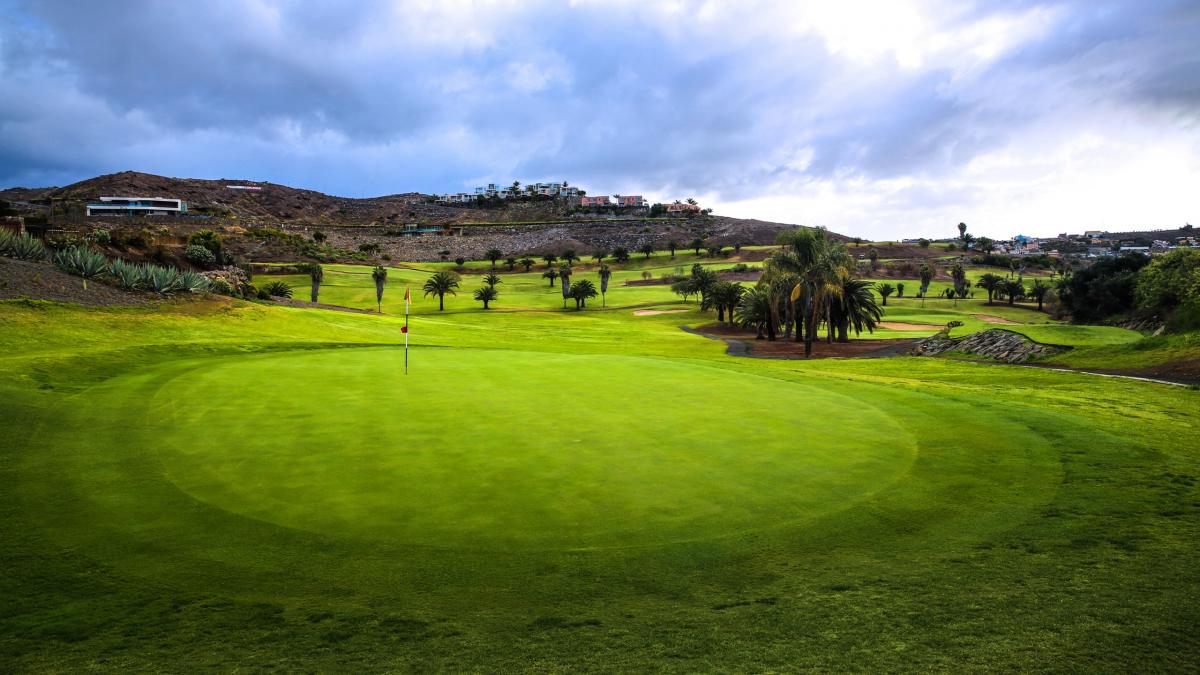 Designed by Ronald Faure in close collaboration with Robert Trent Jones, the Salobre Golf Old Course opened in 2000. Surrounded by a volcanic landscape, the course has an almost desert-like quality. ... 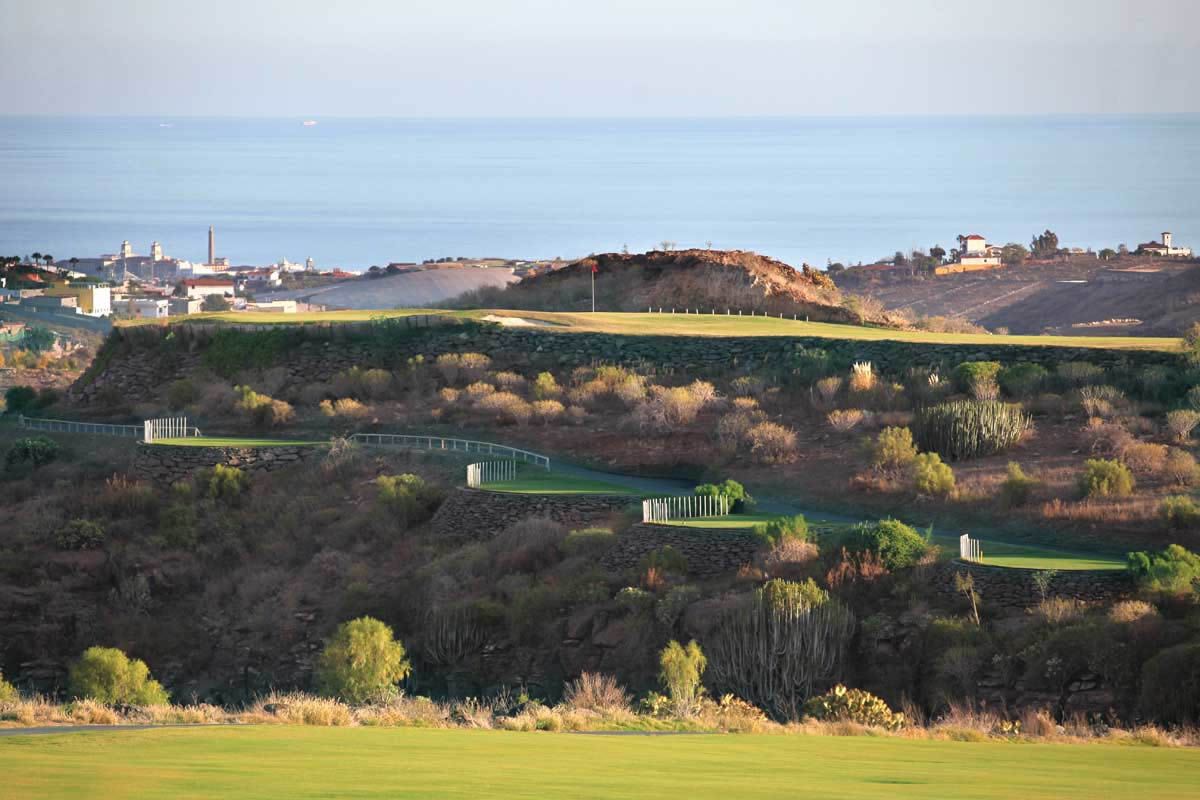 Designed by Ron Kirby, Salobre New course is carved into its volcanic rock surroundings, making it an enjoyable challenge for all levels of golfer. Dramatic and scenic, this course is an absolute mus... 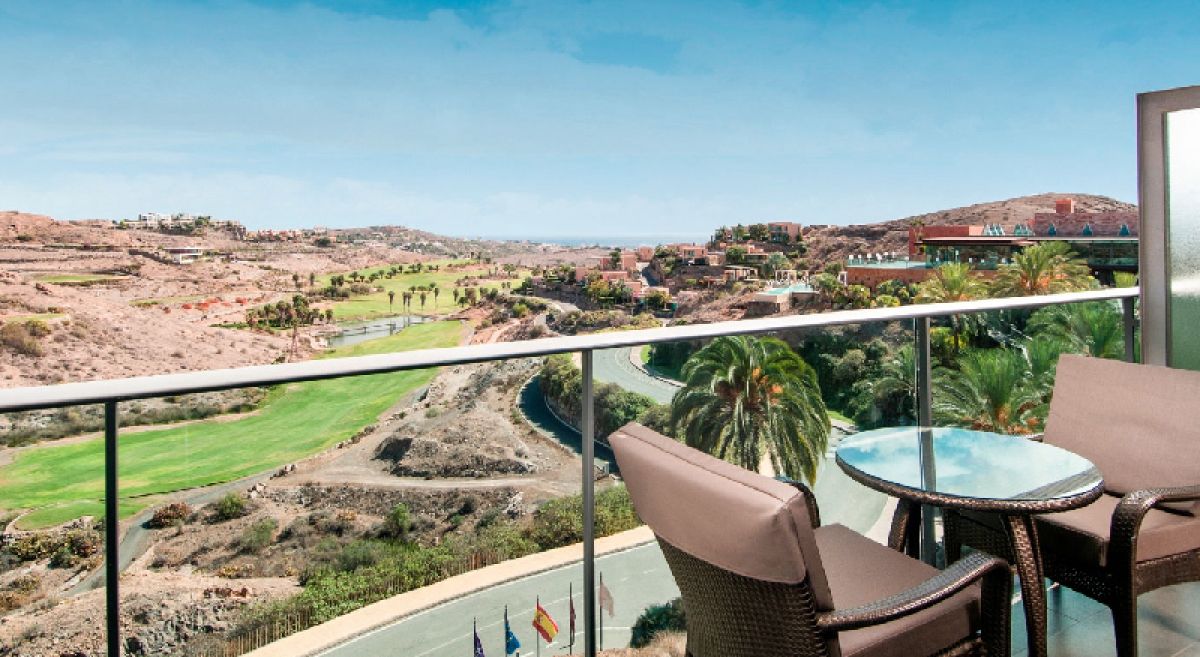 Another very scenic course, Bendinat is an undulating course combining pine lined valleys with elevated greens and tees. The views over the Bay of Palma are spectacular and the wildlife and natural f... 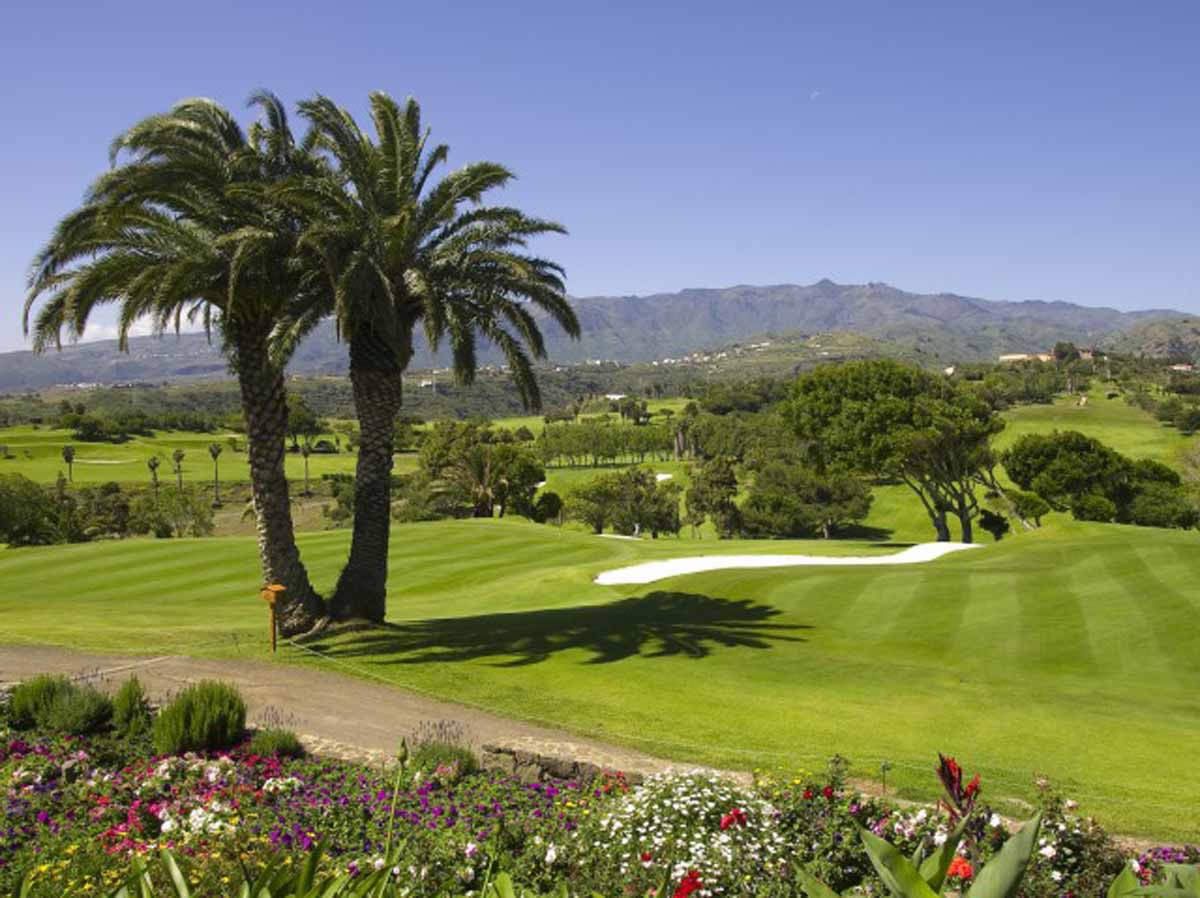 Located close to the crater of an extinct volcano and with spectacular views of the surrounding countryside, this is the oldest golf course in Spain. Narrow fairways, small greens and deep ravines me... 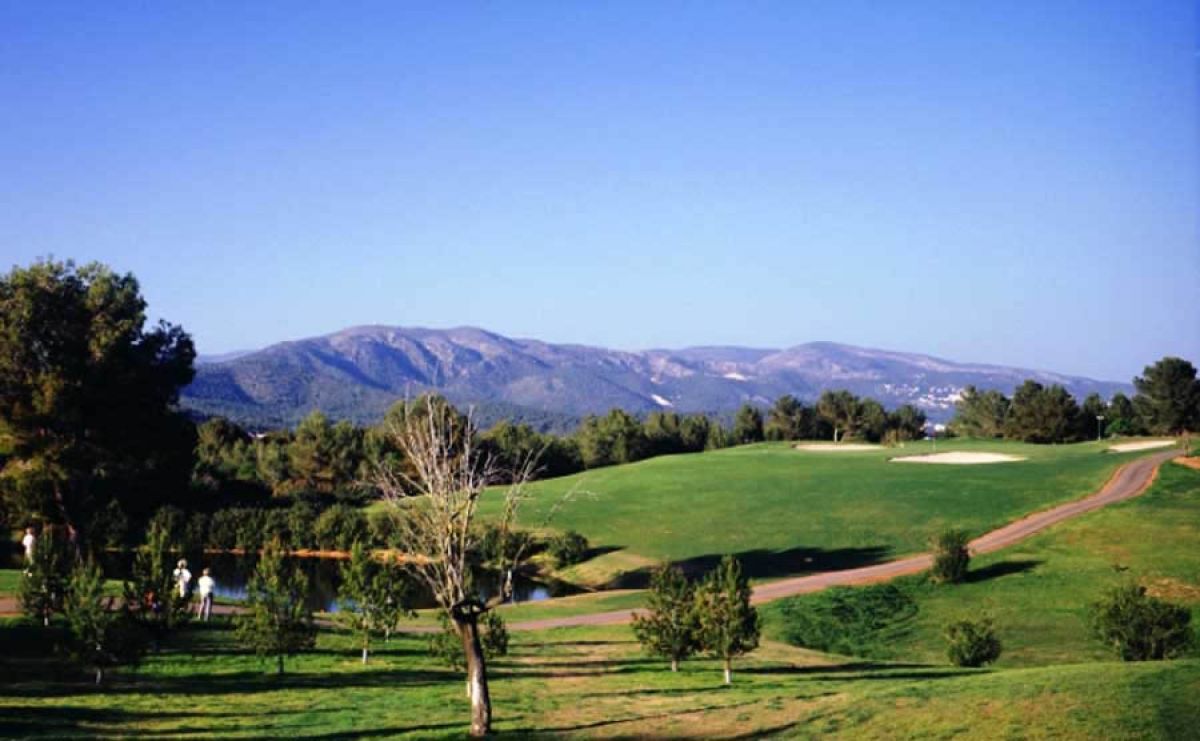 One of the oldest course on Mallorca, Poniente was opened in 1978 and is a challenging and well-designed course which will be enjoyed by players of all abilities. Fairways are wide, but the design of... 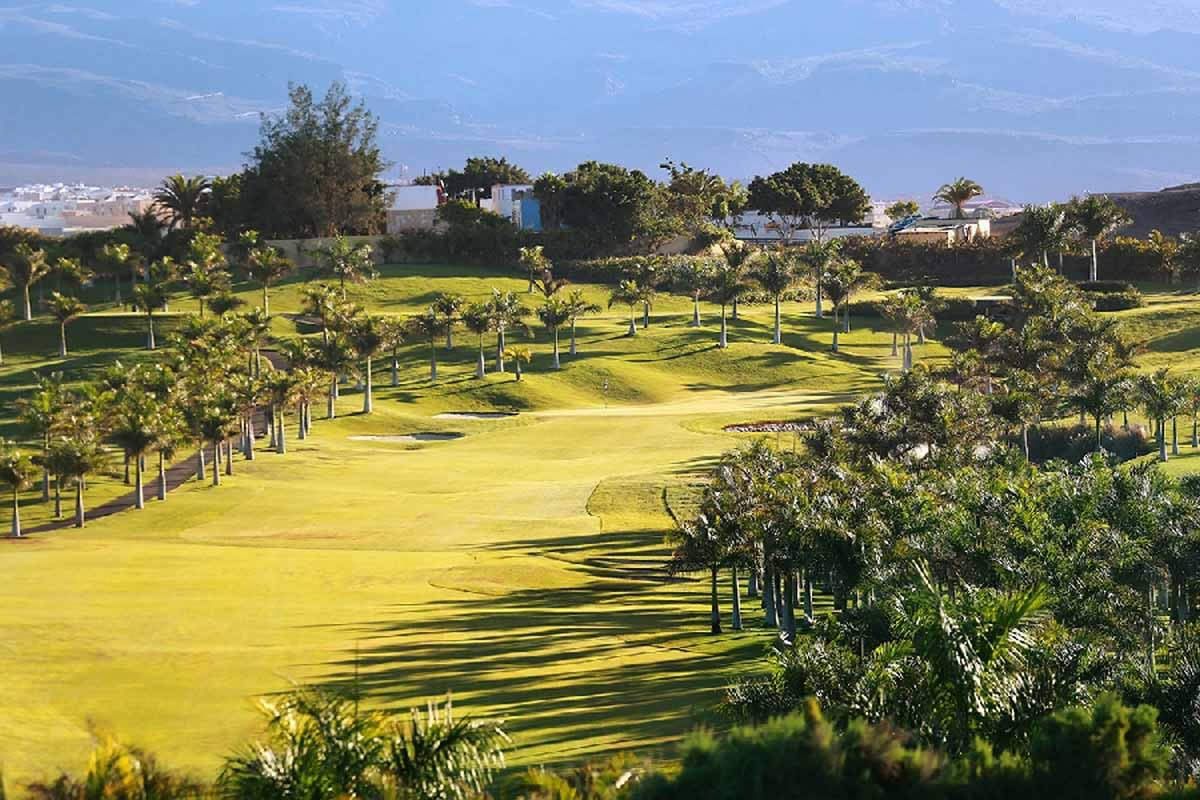 Inaugurated in June 2006 and located in Meloneras Bay in the south of the island this course is characterised by 9 holes with mountain views and 9 holes with sea views of which 3 holes are on the coas... 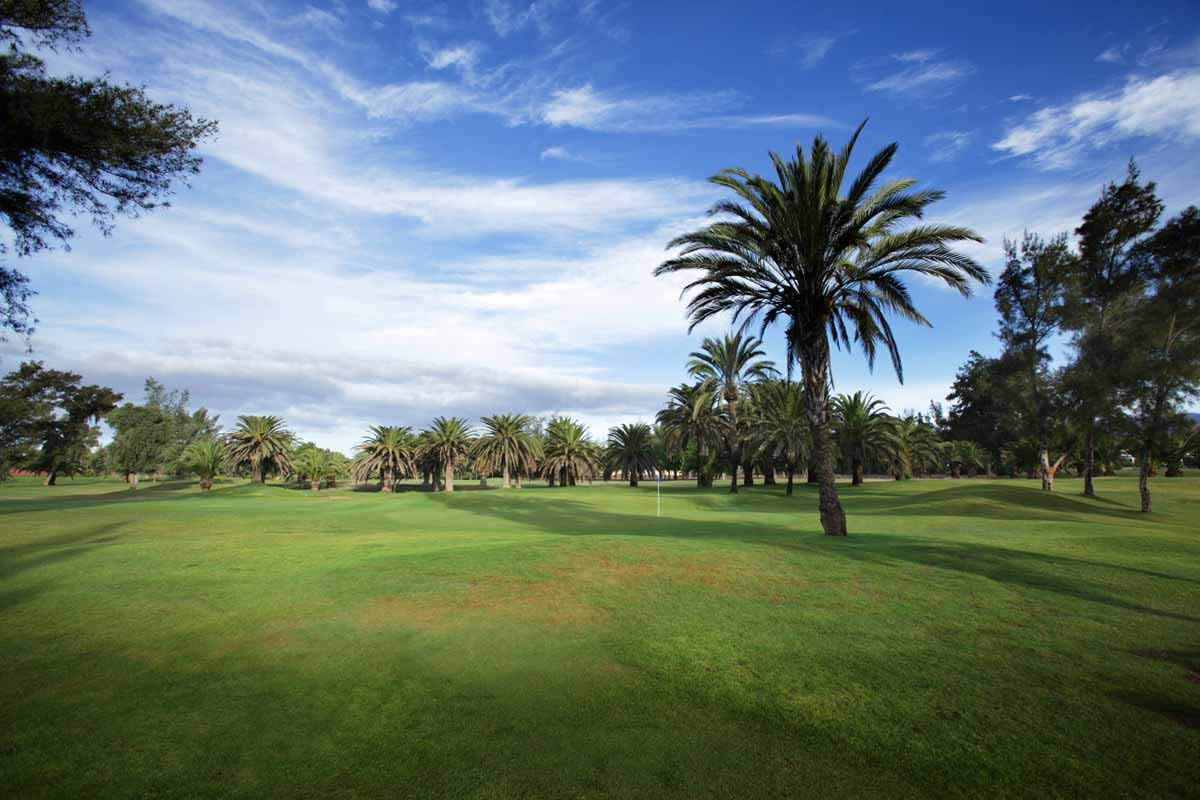 Host to several European PGA tournaments, this long and flat course is surrounded by sand dunes and is a real pleasure to play. Usually, there is a gentle sea breeze to bring relief from the heat and ... 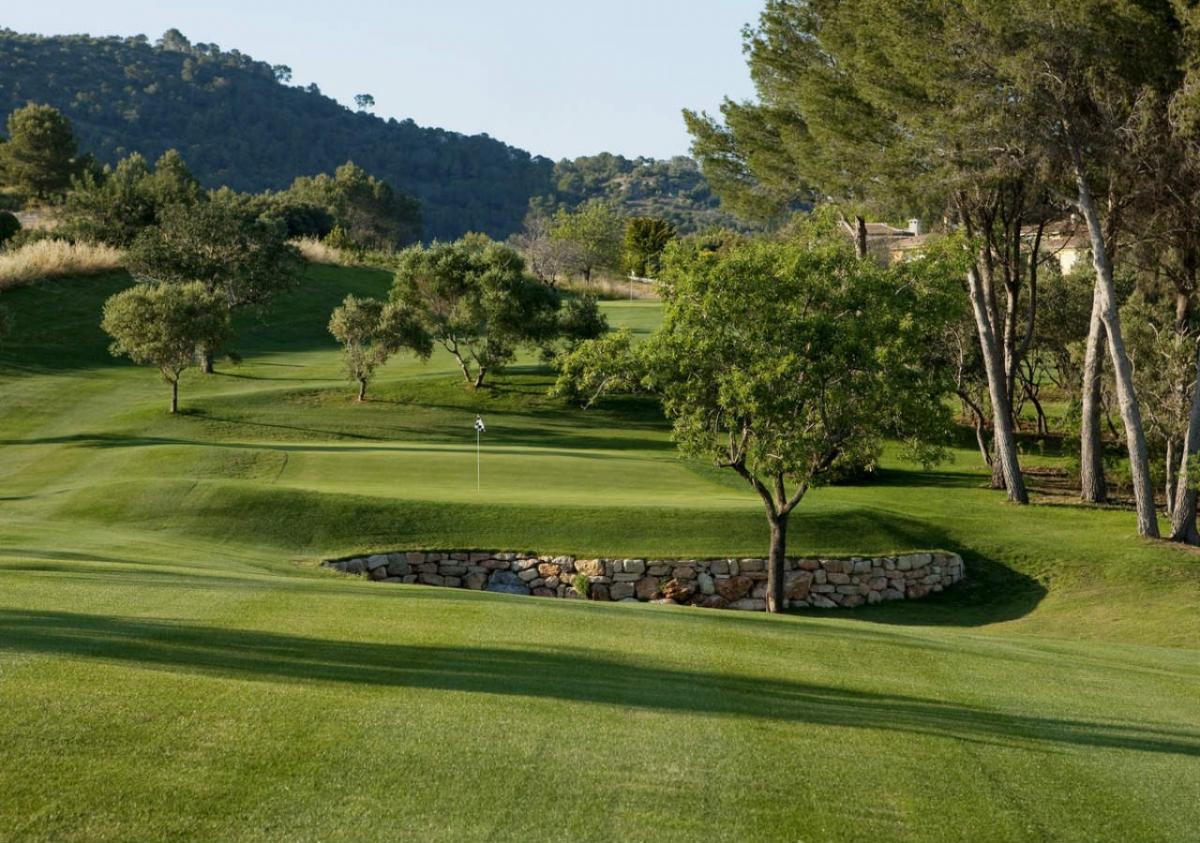 Golf Son Quint is the youngest golf course of the Mallorca island, inaugurated in 2007. The long and open course allows a more extensive game, which makes members and beginners more than happy. This ... 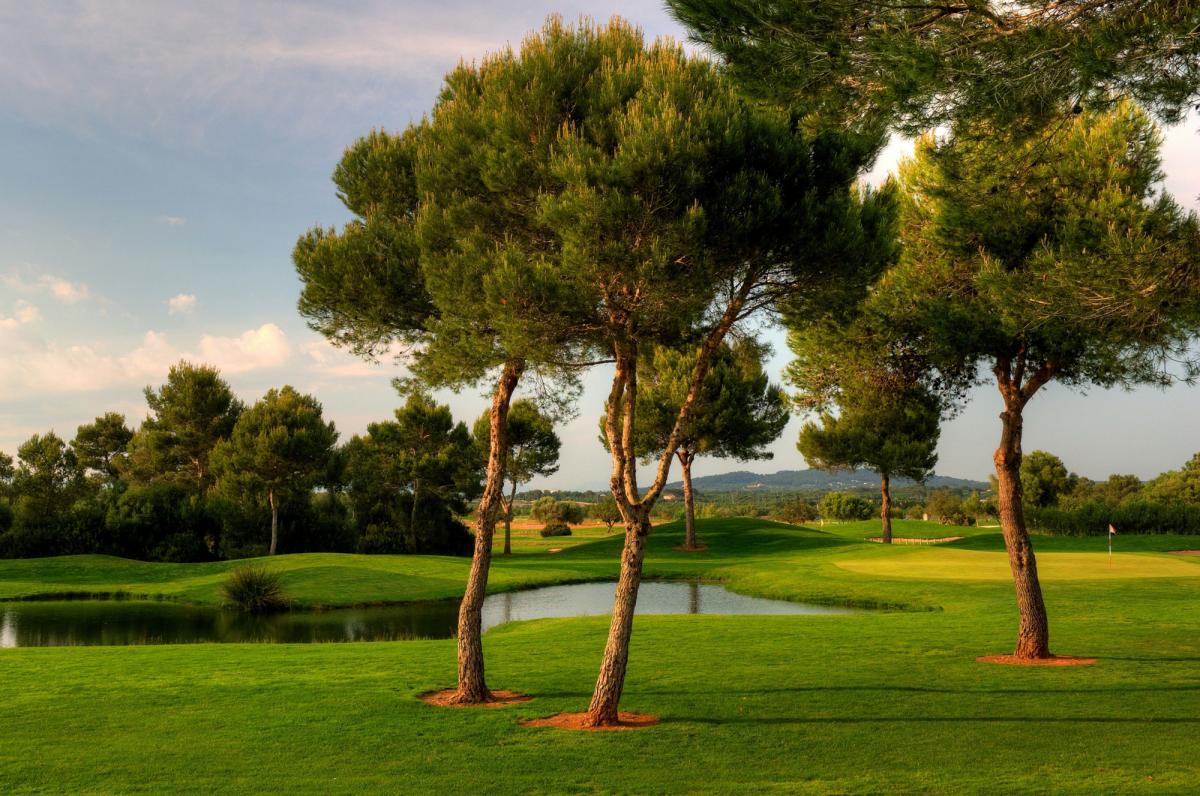 Son Antem’s two golf courses are situated in Llucmajor, 10 minutes from the airport and 15 from Palma, with easy access from the motorway. The courses are integrated into a typically Mediterranean l...

Probably the best known of all Mallorca's courses, Santa Ponsa 1 opened in 1977, and has played host to the Ballearic Open on several occasions. Designed by Folco Nardi (together with Pepe Gancedo),... 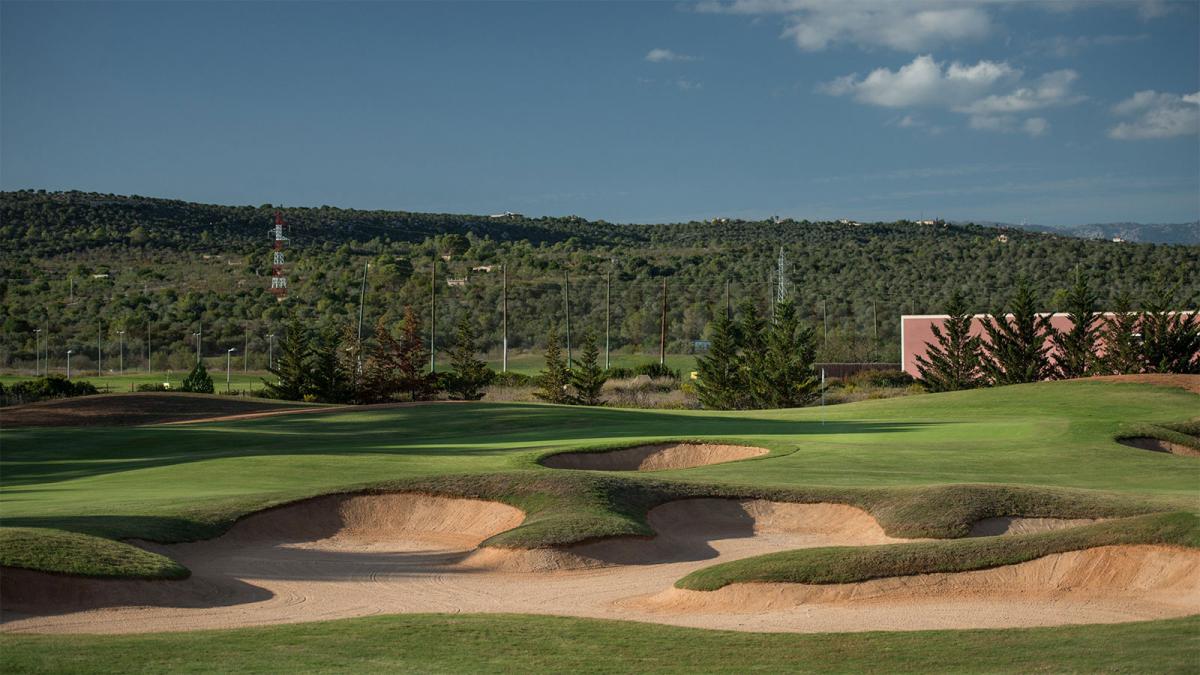 The Jack Nicklaus designed Golf Park Puntiro course provides every level of golfer with an enjoyable and challenging round of golf. Variety is the keyword here, and with no two holes playing the same,... 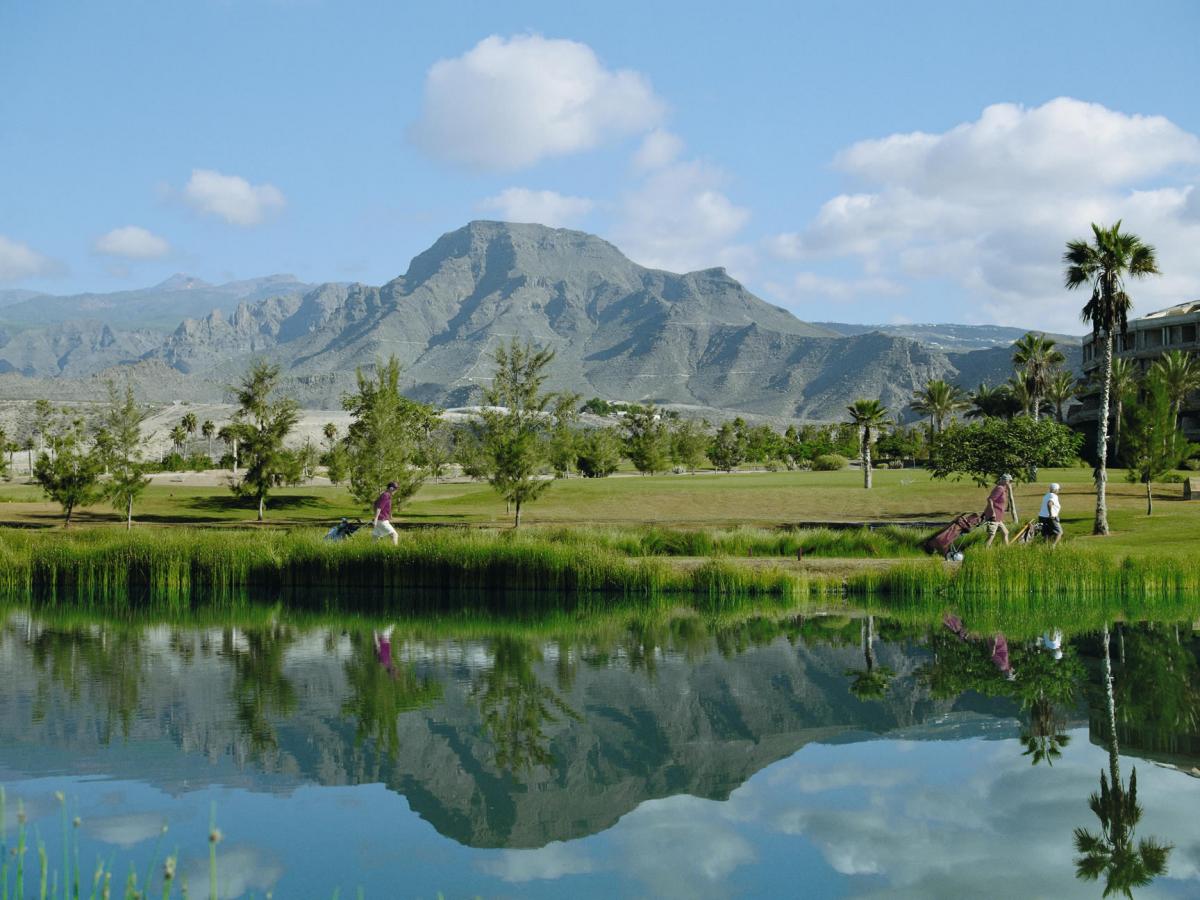 Las Americas Golf Course is situated at Playa de las Americas, the major resort in the south of the island. A very gently sloping course, protected from the wind by the surrounding range of hills, La... 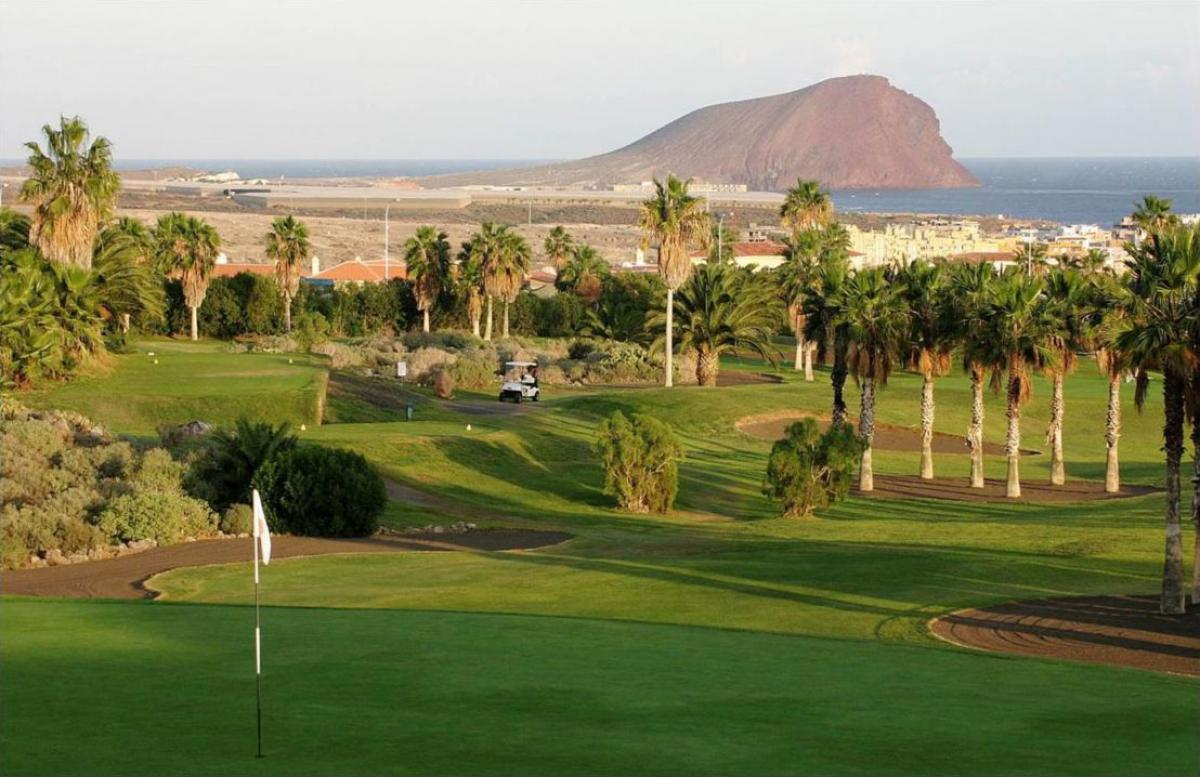 A regular host to the Tenerife Open on the European Tour, Golf del Sur comprises 3 nine hole loops, the Links, North and South courses, which can be played in 3 different combinations Its wide fairwa... 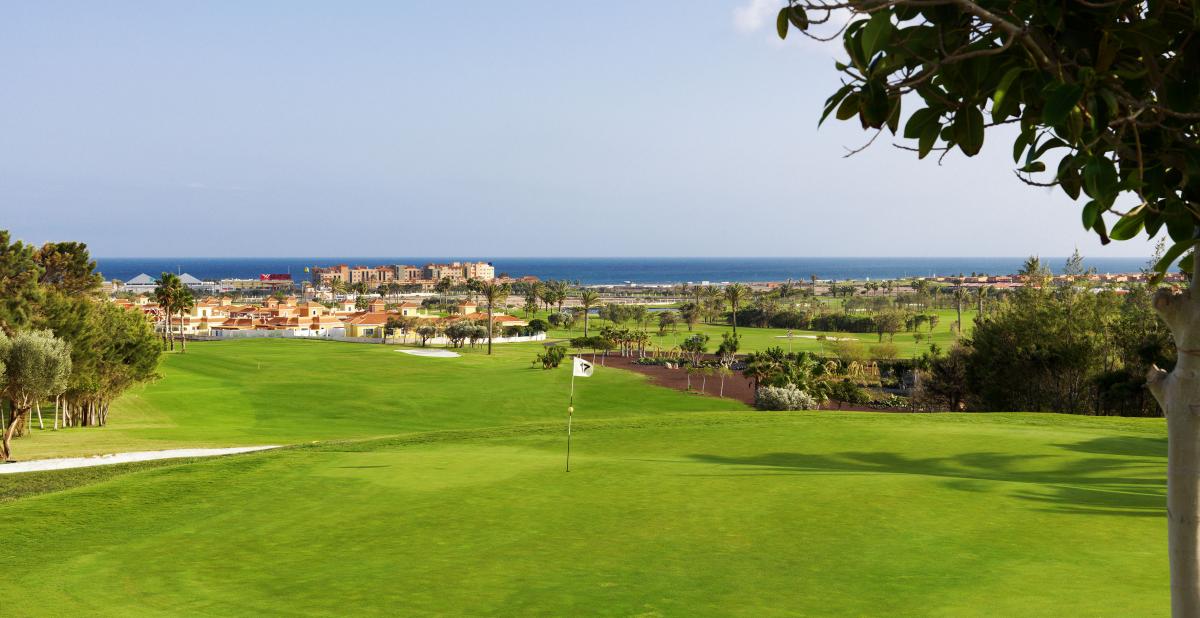 Fuerteventura Golf Club, the first golf club on the island, is an 18 hole, par 71 round extending 6124 metres, with a mild descent from the Clubhouse Hotel towards the sea. The ground surrounding hole... 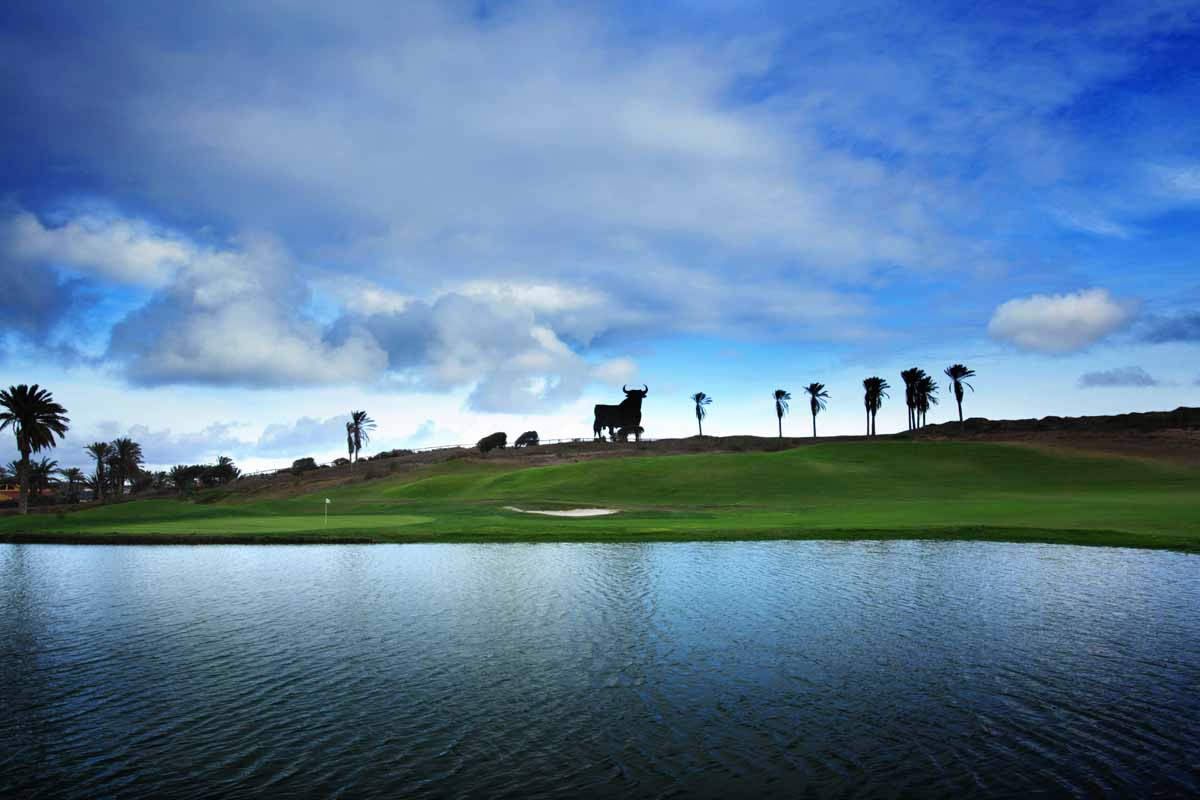 Dotted with lakes and palm trees and with lightning-quick greens, this 18-hole course presents a challenge to all levels of players. The course enjoys some spectacular sea views and the 15th hole is ... 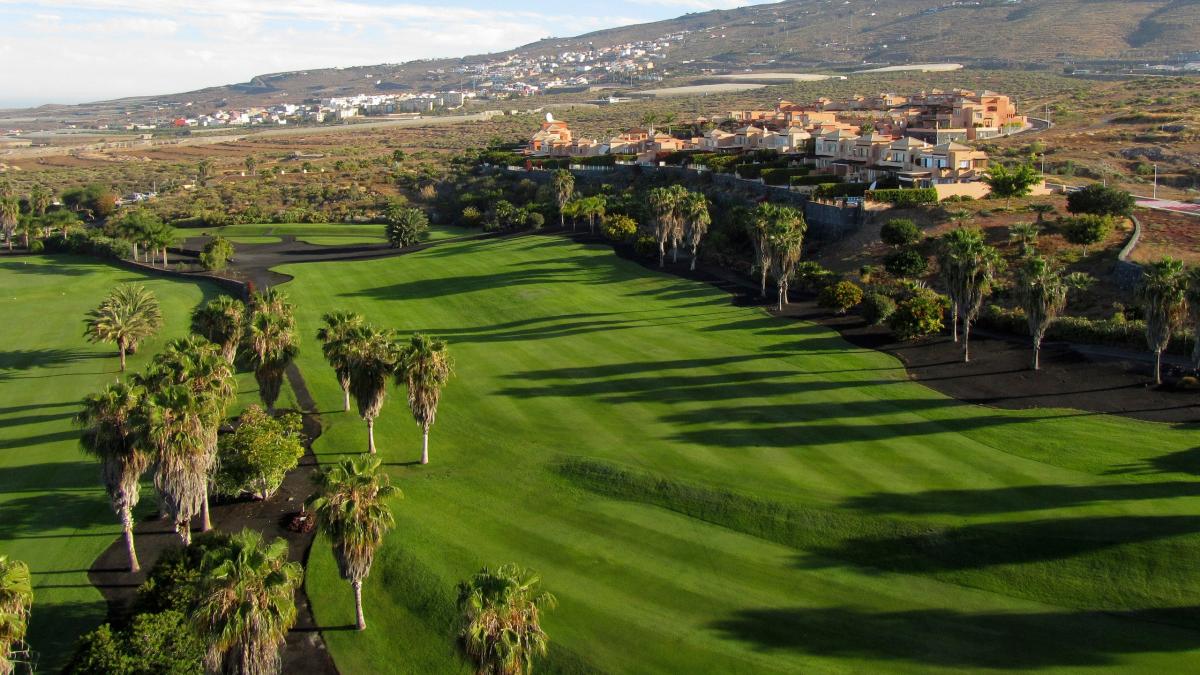 Just 5 kilometres from Playa de las Americas and built on the site of a former banana plantation, Golf Costa Adeje was opened in 1998. Designed by Pepe Gancedo the course, which overlooks the sea and... 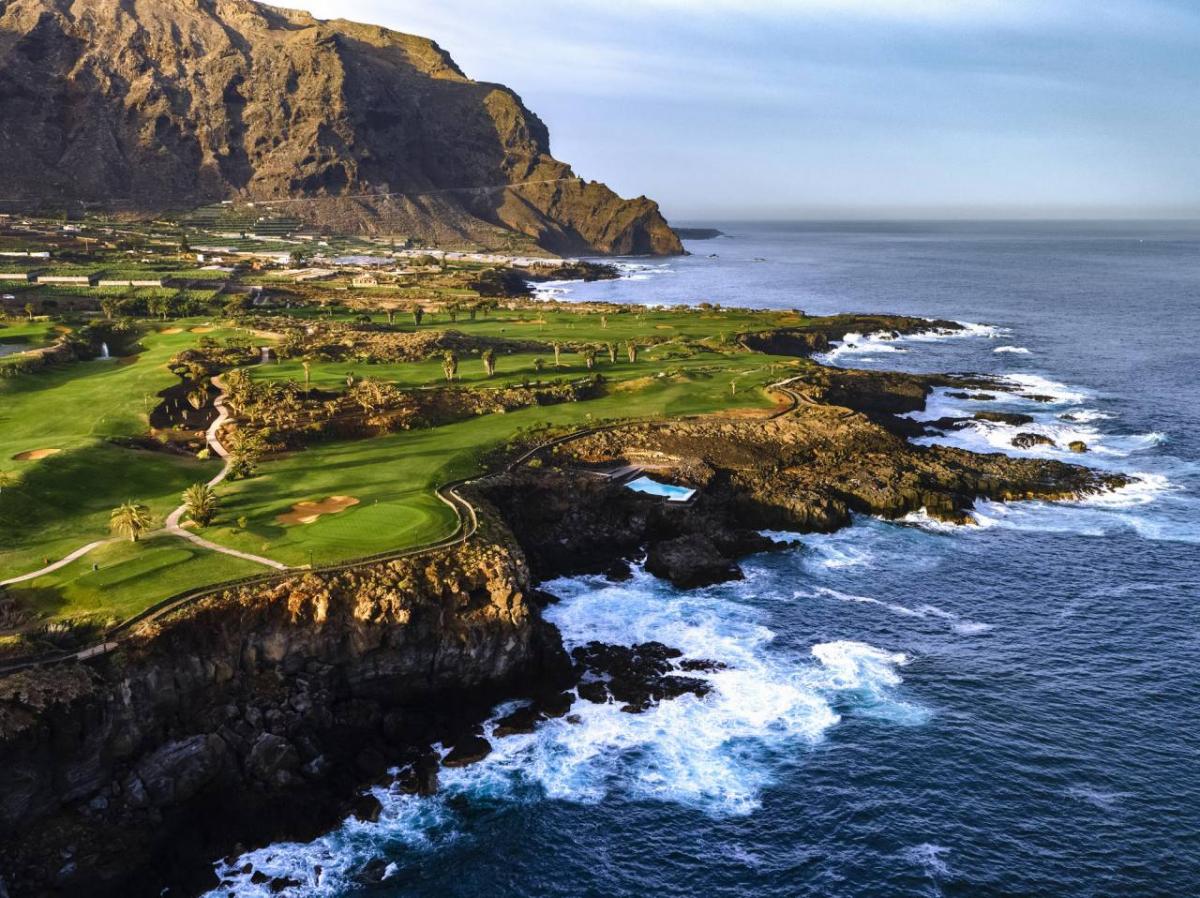 The 18-hole-course, designed by the great Severiano Ballesteros, is situated directly at the sea, 5 greens are situated in immediate proximity of the steep coast where the waves break and offer the pl... 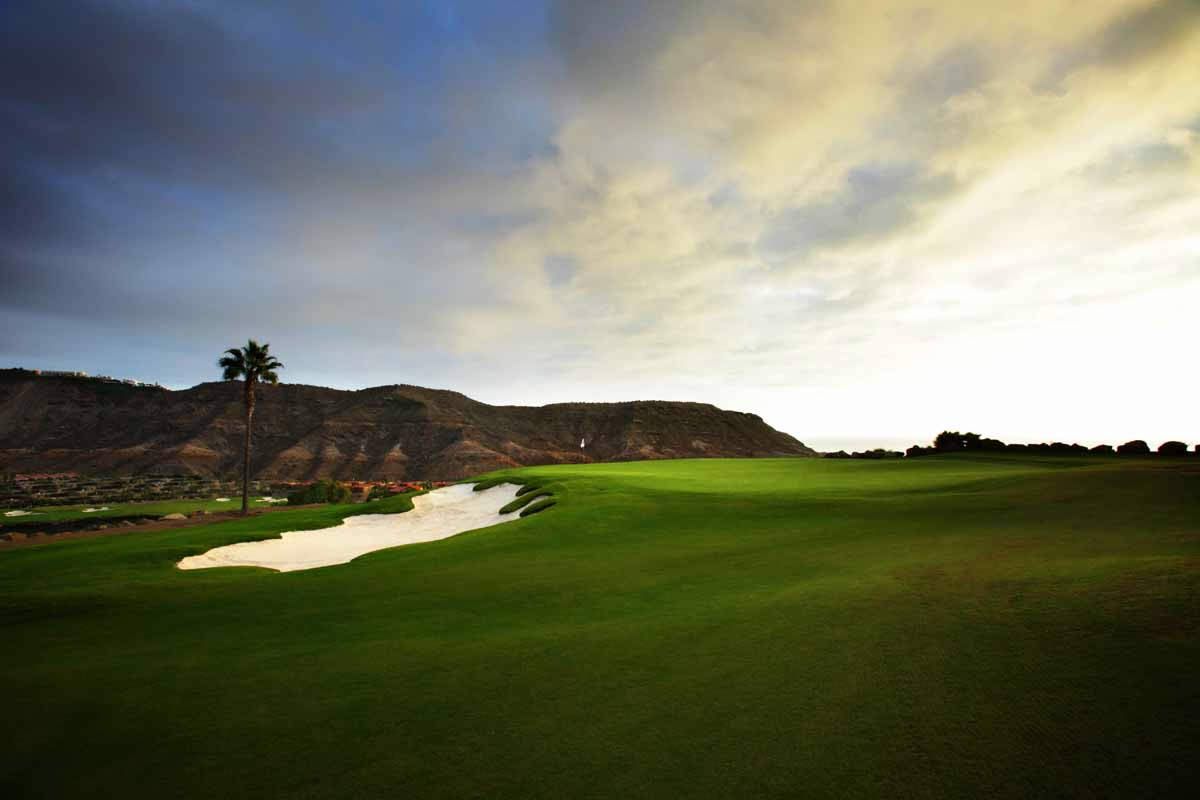 Anfi Tauro Golf is located just an easy 20km away from Playa del Inglés and 48km southbound from the airport on the GC1 motorway, taking the Tauro exit. Set amidst acres of lush green gardens with r... 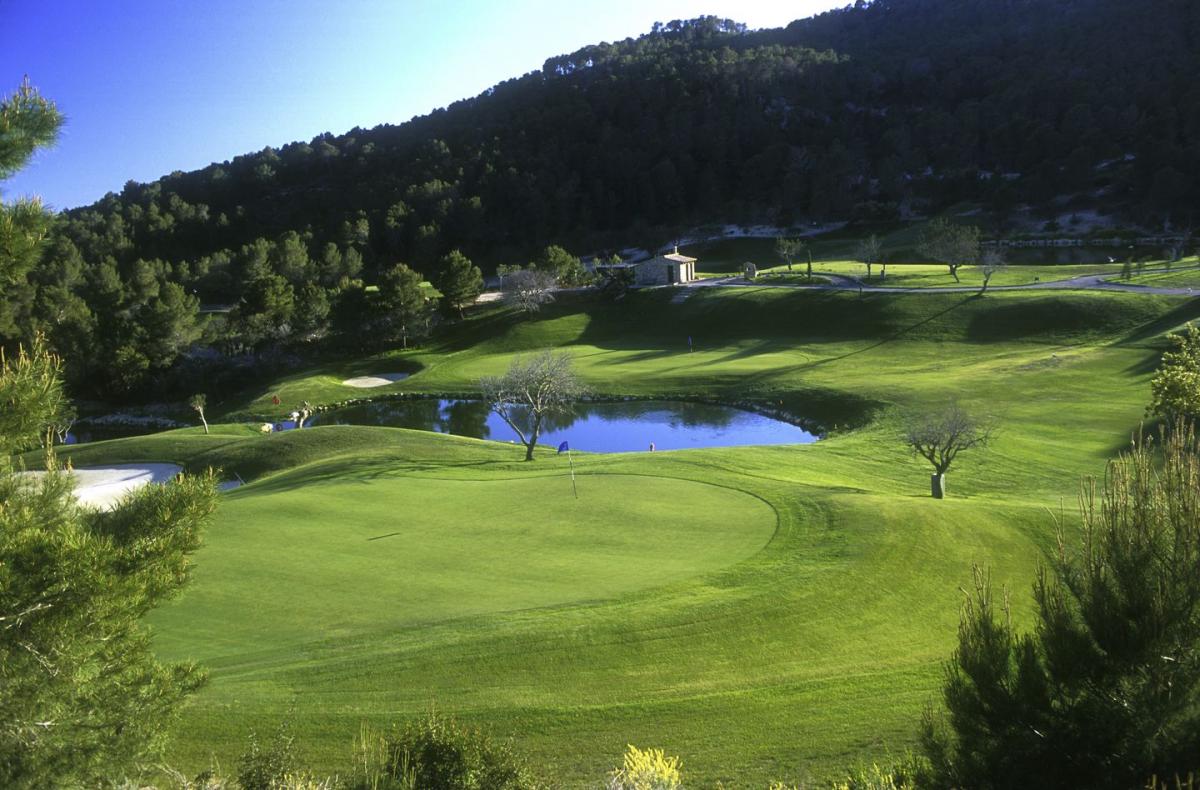 Opened in 2000, the Andratx course (Golf de Andratx) at Camp de Mar is stunningly scenic, it has been designed to blend with the natural terrain and is a magnificent layout. The course is a long and ... 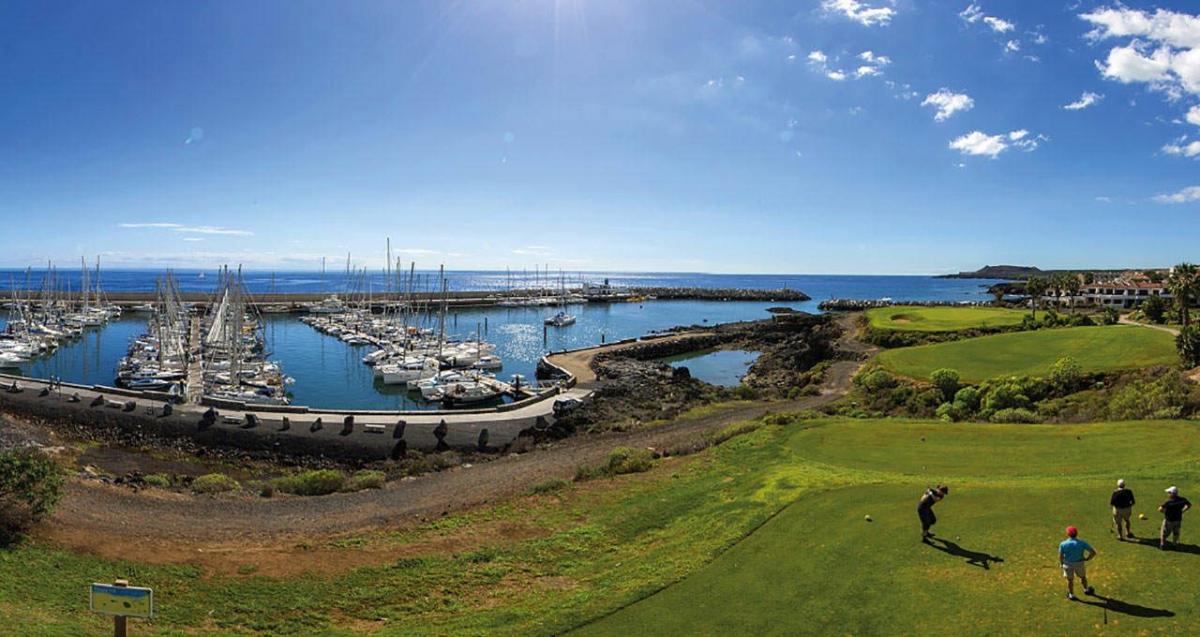 Like its neighbouring course of Golf del Sur, Amarilla Golf has spectacular views of the Atlantic Ocean, and the iconic signature par-3 5th hole involves an intimidating tee shot over an ocean inlet. ...